A guide to naturist holidays, beaches and naturist clubs in Australia

Naturism in Australia started back in the mid 1920s with a few secretive clubs because, back in those days, naturism was illegal. After World War II naturism started to expand quite rapidly with many new clubs being established. By 1968 the Australian Nudist Federation (ANF) was founded to co-ordinate this network of clubs. Gaining membership to a club tended to be quite difficult as there were very strict rules relating to activities and behaviour. In addition to this many people who had been attracted to naturism by the sense of freedom and a disregard for rules were repelled by what they considered to be the excessive bureaucracy of some naturist clubs.

Around this time partial and total nudity became quite prevalent in films, magazines and on television. This has led to social nudity moving much more into the open. Home swimming pools became much more common so families and friends took advantage of their privacy to swim and sunbathe without costumes and of course nude beaches became established.

Nowadays there are a wide range of nude and clothing optional resorts, bed & breakfast services, a good number of legal and unofficial nude beaches in addition to the established nudist clubs. 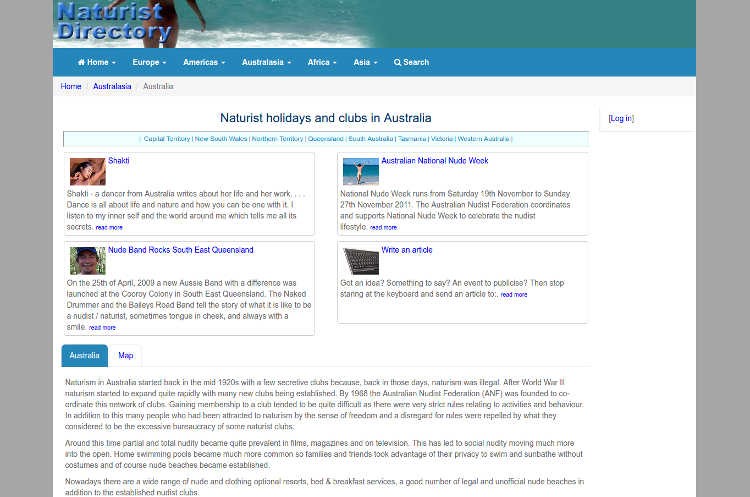